Leon & The Peoples have developed their signature blend of Soul & Reggae while performing nationwide and building a loyal fan base for the last 10 years. Led by multi-talented actor, singer-songwriter, Leon passionately leads the band with his smooth, sultry vocals and heart felt lyrics, while The Peoples features top-notch musical talent from across the globe. The unique creation results in high energy live performances and a commitment to bringing their Reggae-Soul music to a world wide audience. Their already popular "Love Is A Beautiful Thing" song ( #3 BillBoard Hot Singles Sales Chart ) was the first single and title track from their latest album on the Spectra Music Label following it up with the next single, "beautiful" (#12 Billboard Hot Singles Chart). The Love Is A Beautiful Thing album has received 4 star reviews from several publications including Music News, Hype Magazine & Huffington Post. 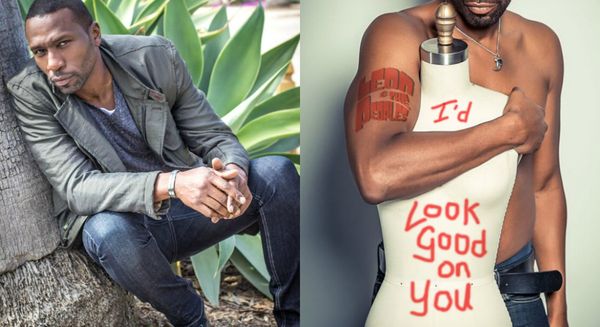 You recognize him as the smooth, suave, multi-faceted actor on classics like The Five Heartbeats, Above the Rim, and The Temptations. However, it’s about more than one love for Leon. The actor has also been flexing his musical muscles as the front man and songwriter for his reggae band Leon & The Peoples. The group recently released their latest single, “I’d Look Good on You,” from their forthcoming album. To read more click link below.
Read more on JetMag.com: http://www.jetmag.com/entertainment/leon-music-peoples/#ixzz4E8bKjdIL