Connect with us on

NYC’s hottest award-winning Reggae Soul band, Leon & The Peoples is led by multi-talented performer, singer-songwriter, actor & producer simply known as Leon. Well-known worldwide they have been providing some of the best reggae soul and pop infusion. Their latest album “Love Is A Beautiful Thing” which has the debut single “Love Is A Beautiful Thing” charted #3 on Billboards Hot Singles Sales. And, following up with their second single “Beautiful” charted #12 on Billboard. They are also charting #1 on Reverbnation and climbing its way up on Spotify and Apple Music Playlists.

Leon passionately leads the band with his smooth, sultry vocals and heart felt lyrics, while The Peoples features top-notch musical talent from across the globe. The unique creation results in high energy live performances and a commitment to bringing their blend Soul & Reggae to a worldwide audience.

They received an International Reggae & World Music Award nomination for the first album “The Road Less Traveled” as well as “WINNER” of Best International Artists at Joe Higgs Reggae Awards.

Leon & Peoples’ song “Life Is A Funny Game” is the closing credits song in the 20th Century Fox movie “Cover.” They have two songs on the romantic comedy “I Really Hate My Ex” and the drama, “Where Children Play” movie.

Leon & The Peoples headlined the Change Fest for Social Justice in Chicago. Also, they were the cover stories of Music Insider Magazine and The Channel Magazine. The band also recently performed on Tom Joyner’s Fantastic Voyage Cruise performing for thousands of people.

As an actor, Leon has starred in over 35 movies and was voted as one of the Sexiest Actors of all time by AOL. Received NAACP “Best Actor” nominations portraying the late great David Ruffin in the NBC hit movie “The Temptations” and as Little Richard in the authorized biopic “Little Richard.” He also starred in the #1 African American film in the last 25 years voted by AOL, “The Five Heartbeats”. Other notable movies include the lead role in the international Disney blockbuster Cool Runnings, Above The Rim, Waiting to Exhale, HBO’s OZ and currently on CBS’ Blue Bloods, Showtime’s City On A Hill and starring opposite Bruce Willis & Frank Grillo in the upcoming action film “A Day To Die.’ 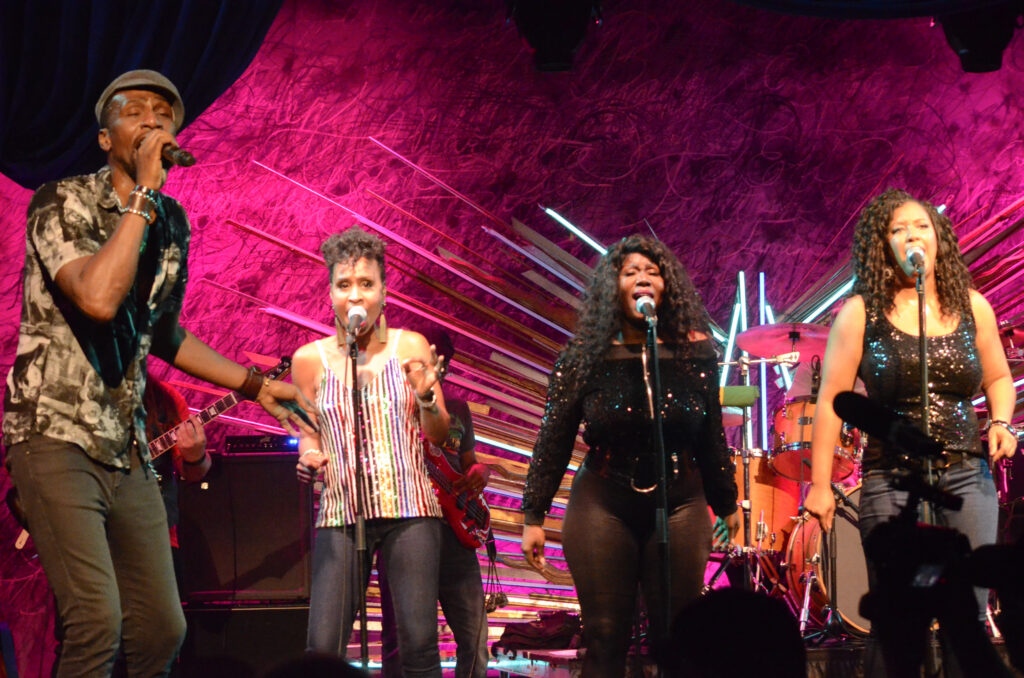